Transport for West Midlands to take over Midland Metro operations

TRANSPORT for West Midlands (TfWM) announced on March 22 that it will take the day-to-day operation of the Midland Metro light rail network in Birmingham and Wolverhampton in-house when the current concession expires in October 2018. 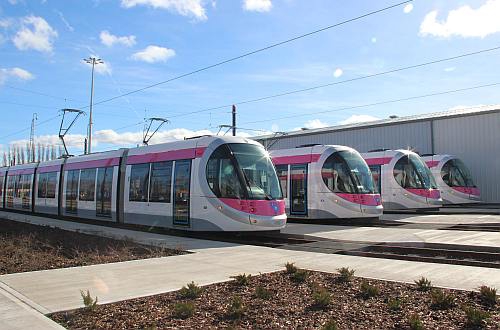 Employees of current concessionaire National Express will transfer to a new subsidiary, Midland Metro, which will be wholly owned by West Midlands Combined Authority (WCMA).

TfWM says the move will enable it to invest future profits from the operation of the network in expansion projects.

WCMA plans to triple the size of the network over the next decade, which is forecast to boost ridership from around 6.5 million to more than 30 million. This is expected to generate profits of around £50m over 11 years.
National Express has operated Midland Metro since the first phase of the network opened in 1999.

• On March 17 the WMCA board authorised TfWM and the Midland Metro Alliance to submit a Transport and Works Act Order application for an extension from Centenary Square in Birmingham city centre to Five Ways and Edgbaston. It also confirmed funding of £59 million towards the cost of the extension, whcih is due to open in 2021.