BRU, the regional public transport authority in the Dutch city of Utrecht has selected preferred bidders for infrastructure and rolling stock contracts for the Uithof Line, an 8km light rail line linking Utrecht Central station with the university campuses at De Uithof in the east of the city. 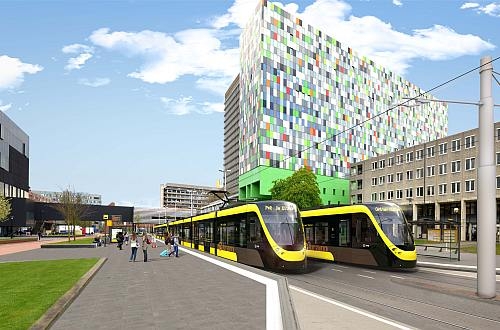 Royal BAM Group has been selected to carry out infrastructure works, including the installation of track and catenary and construction of the line's nine stations.

Both contracts will be finalised on December 23 if no appeals are made by the other bidders.

Preparatory works are underway and major construction will begin in the second half of next year. Commercial services are due to start on the €440m line in mid-2018 with a journey time of around 17 minutes between Utrecht Central and De Uithof.