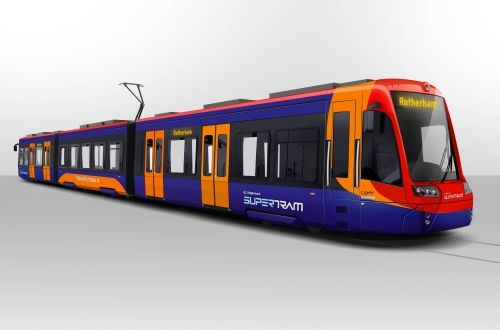 The new vehicles operate on the existing light rail network in Sheffield and a new link to Rotherham Parkgate, which will use existing mainline railway infrastructure.

The project is worth £58m, which includes the cost of the vehicles as well as electrification of the line between Meadowhall and Rotherham Parkgate and the construction of 400m of new track to link the existing light rail and heavy rail infrastructure at Meadowhall. A pilot tram-train service is due to start in 2015 with a view to adopting permanent operation.

Vossloh says the vehicles, which will be built at its plant in Valencia, will be fitted with pneumatic suspension and will be equipped for operation on 25kV ac and 750V dc electrification systems.