MPK Wroclaw announced on August 9 that it has selected Modertrans, Poland, as preferred bidder for a contract to supply 40 bidirectional LRVs for the city’s 22-line tramway network. 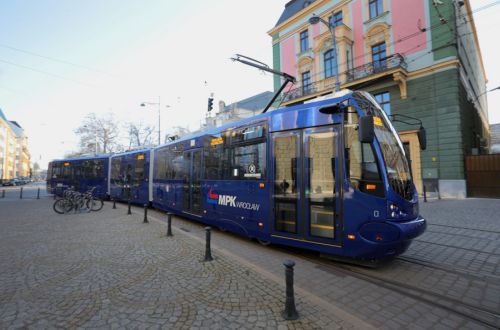 Modertrans offered a price of Zlotys 176.2m ($US 48.5m) for the contract based on a 27% low-floor variant of its Moderus Beta vehicle. Rival Pesa submitted a Zlotys 324.4m bid based on its Twist LRV.

The tendering process prioritised price, which accounted for up to 80% of the score in the bid evaluation. By contrast, the proportion of low-floor accounted for just 15% and suppliers were only required to offer a 20% low-floor vehicle.

The contract will be signed following a 40-day standstill period. The tender stipulates that delivery of the 600V dc three-section vehicles must take place between December 2018 and November 2019.

The modernisation of Wroclaw’s tram fleet is being funded with the aid of a Zlotys 159m grant from the European Union Operational Programme Infrastructure and Environment 2014-20.

MPK Wroclaw has already ordered 16 Moderus Beta LRVs from Modertrans and delivery of these vehicles is due to be completed by the end of this year.