WÜRZURG City Council has approved a plan to replace the city’s entire fleet of 41 trams with new low-floor vehicles. 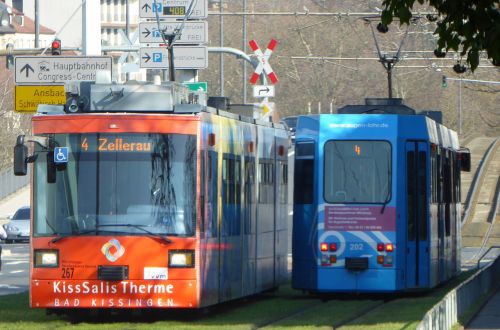 Würzburg Tramways (WSB) must withdraw its six remaining GT-D trams (built in 1968-75) by the end of 2021, while the supply of spare parts for the fleet of 14 GT-E vehicles, which date from 1989, is only guaranteed until next year. Furthermore, the GT-N trams, which were delivered in 1996, are also due for replacement by the mid-2020s.

Under the proposals, a Europe-wide tender will be launched for an initial tranche of 18 vehicles, which will be delivered in 2021-2023. The council expects to place an order for a second batch of 20 vehicles in 2023 for delivery from 2027 onwards. The initial order has an estimated value of €65m.

The specification published by the council calls for a 70km/h 36m-long vehicle with a maximum entry floor height of 340mm and capacity for at least 220 passengers.

WSB operates a 20km metre-gauge network comprising five routes with 46 stops. A 1.3km extension of lines 1 and 5 to Pestalozzistrasse in Grombühl is planned.