SWITZERLAND’s Federal Transport Office (BAV) confirmed on April 10 that it has issued a construction permit for the Limmattalbahn, a 13.4km light rail line linking Zürich-Altstetten main line station with Killwangen-Spreitenbach in the neighbouring canton of Aargau. 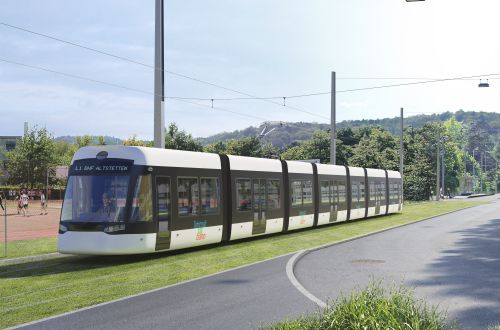 The metre-gauge line will serve 27 stations and trams will run on a dedicated alignment for 92% of the route. The line will be electrified partly at 600V dc and partly at 1.2kV dc.

Services will operate at 15-minute intervals with a commercial speed of 22km/h and an end-to-end journey time of 37 minutes.

The project will cost SFr 715m ($US 709m) excluding rolling stock and is being funded jointly by the Swiss Federation and the cantons of Zürich and Aargau.