BRITAIN’s Department for Transport (DfT) announced on August 10 that it has awarded a contract to operate the West Midlands franchise to West Midlands Trains, a wholly-owned subsidiary of Abellio Transport Group with East Japan Railway Company (JR East) and Mitsui as minority partners. 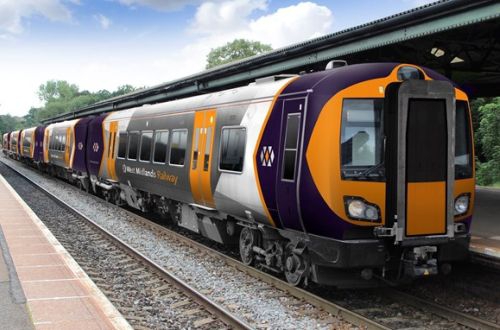 The contract, which begins in December and runs until March 2026, will provide 30,000 additional seats on peak services to and from Birmingham and London, with expansion of the train fleet enabling the operation of longer trains.

Free Wi-Fi will be introduced on all mainline services by the end of 2019 and passengers will receive 25%compensation for delays exceeding 15 minutes. Smart ticketing will be rolled out across the network and more than 800 new digital information screens will be installed at 150 stations to provide real-time information, with a new mobile phone app providing live information on train loading to help passengers avoid the most crowded services.

More than £70m will be invested in new and existing depots and there will be a £60m fund for station enhancements, including new car and bicycle parking spaces, refurbished waiting rooms, and cycle hire.

From December 2018, the franchise will introduce a new hourly Birmingham - Stoke-on-Trent service and an hourly Nuneaton - Coventry - Leamington Spa shuttle, which will serve the new station at Kenilworth.

Trains running only in the West Midlands area will be jointly managed by the DfT and West Midlands Rail (WMR), a consortium of 16 local councils.

New local branding and a new livery will be introduced for WMR services and there will be feasibility studies into the opening of new stations in the West Midlands.

The West Midlands franchise is currently operated by London Midland, a joint venture between Go-Ahead (65%) and Keolis (35%). London Midland has operated the franchise since November 2007 and was awarded a two-year interim franchise in December 2015. A further eight-week extension was agreed earlier this year.

Govia subsidiary London and West Midlands Railway was the only bidder to compete with West Midlands Trains for the franchise after MTR Corporation dropped out of the contest to focus on its joint bid with FirstGroup for the South Western franchise.