ABELLIO's ScotRail contract is to be terminated in 2022 and it will not be granted a three year extension, Scottish transport secretary, Mr Michael Matheson, confirmed on December 18. 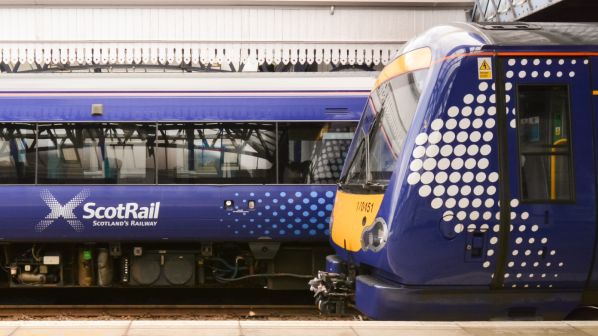 The current franchise agreement requires Scottish ministers and Abellio to revise the level of government subsidy provided for the next five years and to determine whether additional subsidy should be paid, a process known as rebasing.

Abellio is the international passenger subsidiary of Netherlands Railway (NS).

Following an analysis of information provided by Abellio ScotRail, ministers decided that the significant subsidy increase proposed by Abellio would not secure the delivery of commensurate benefits to passengers, communities and the economy, and has served Abellio ScotRail a no rebasing notice.

Existing government subsidy levels will remain in place and the franchise will come to an end, currently scheduled for March 2022.

“Our rail network is of significant social, economic and environmental value to the people of Scotland, and ministers must ensure that the services we secure are high performing, financially sustainable and offer value for money,” Matheson says. “We currently provide around two thirds of the running costs for our railway and it is essential that this is sustainable going forward.

“Any changes to the level of subsidy paid by the government must deliver new benefits for passengers and taxpayers and whilst there have been improvements in recent years, the proposed changes were not sufficient to justify additional subsidy.”

Abellio took over the operation of ScotRail in 2015, ousting First Group, which had held the contract since 2004. The franchise was for a minimum of seven years with an option for a three-year extension, and included a five-year break clause.

Matheson said the government was already planning for what would happen beyond 2022.

“Longer term, this government has already made clear its position that the current franchising regime, which is a matter reserved to the British government, has failed and it is widely accepted that the rail industry, as a whole, must embrace reform,” he says.

“The best way to deliver this is through the transfer of all rail powers, which would allow us to work together to find the right solution for our railways in future - properly integrated and fully aligned with the public interest and Scottish government policy.”

The industry is currently awaiting the outcome of the Williams Rail Review. In comments made following the first half of the review in February, Mr Keith Williams, chair of the review, said that Britain’s rail franchising system no longer meets the needs of passengers and should not be allowed to continue in its current form.

“We are hugely disappointed by this decision and believe it’s the wrong choice for Scotland’s Railway and its customers,” says Abellio UK managing director, Mr Dominic Booth. “Abellio has invested more than £475m in new and upgraded trains, added 23% more seats for customers and created more than 500 extra jobs in Scotland since the start of the franchise in 2015 - the biggest investment in trains and stations in over 150 years.

“Our offer to Transport Scotland would have delivered an improved service for our customers at a reduced cost to the taxpayer. We will remain fully committed to running a safe and reliable service until the end of the contract in 2022.

Abellio is losing money through the operation of ScotRail, and NS set strong requirements to ensure better financial results from the franchise, reports Quintus Vosman from The Netherlands. In 2018 Abellio had a turnover of €889.2m with a loss of €2.3m. NS expects the 2015-2022 period to have a positive result due to good operational performance and strict management.

“We would be pleased to operate in Scotland for another three years, but not for any price,” says NS CFO, Mr Bert Groenewegen. “We want to keep the risks of our activities abroad under control and to have a good revenue.”