The train was traveling eastbound from Los Angeles to Chicago. 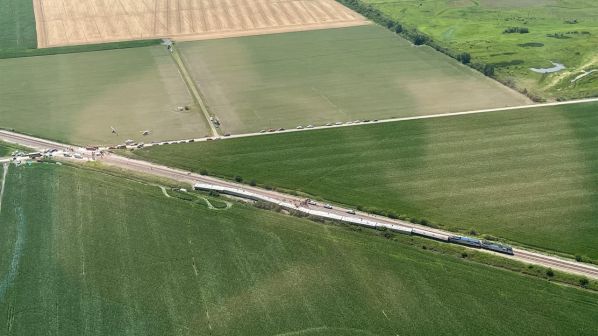 AMTRAK’s Southwest Chief train 4 traveling eastbound from Los Angeles to Chicago on June 27 derailed after striking a dump truck obstructing a level crossing in Missouri. Three people have died as a result of the accident, with multiple people injured.

Two locomotives and eight cars derailed at 12.42 after the collision at what the Missouri State Highway Patrol described as an “uncontrolled” crossing on Porche Prairie Avenue in Chariton Country, southwest of Mendon, Missouri, and around 160km northeast of Kansas City, Mo.

The train, running on BNSF track, was carrying approximately 275 passengers and 12 crew members.

“We are deeply saddened to learn that the Missouri State Highway Patrol is now confirming that three people, two passengers and the truck driver, have lost their lives as a result of this grade crossing incident,” Amtrak said in a June 27 statement. “There are also several reported injuries among the passengers and crew members travelling on the train. Amtrak is working with local authorities to make sure those who are injured get medical care and everyone else receives services and transportation. We are grateful for the support from the local authorities who provided assistance and resources for our customers and employees. The National Transportation Safety Board (NTSB) has activated, and we will fully support the NTSB with its investigation. Additional details will be provided as available.”

The NTSB said via Twitter on June 27 that it is launching a 14-member “go-team” to investigate the derailment, which was slated to arrive on June 28. Also en route to support the investigation are staff from the Federal Railroad Administration, according to US Department of Transportation Secretary, Mr Pete Buttigieg, who tweeted on June 27: “Saddened by the tragic loss of life and injuries in the Missouri train derailment today and Northern California collision over the weekend. I have been kept updated and my team is in touch with Amtrak and relevant authorities.”

In its June 27 statement, Amtrak said that passengers who were travelling onboard Train 4, which departed Los Angeles, California, on Sunday, June 26, “will be re-accommodated as quickly as possible on other trains or buses as available. Additionally, Southwest Chief Train 3, scheduled to depart Chicago on Tuesday, June 28, will now originate at Kansas City.”

On the previous day, June 26, an Amtrak train collided with a car crossing the tracks in Contra Coast County, California, with three people killed and two injured. No one on the train was injured in the incident.