Arriva and First chosen for Northern and TransPennine franchises

BRITAIN's Department for Transport (DfT) announced on December 9 that it has selected Arriva as preferred bidder for the Northern franchise, while TransPennine Express will be awarded to First Group. 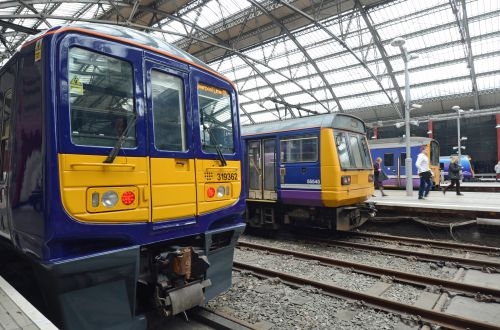 Arriva Rail North will take over the Northern franchise from Northern Rail, a 50:50 joint venture between Abellio and Serco, in April 2016 under a contract which runs until March 2025. £400m will be invested in 98 new 160km/h trains (281 vehicles), including DMUs which will enable the withdrawal of unpopular Pacer railbuses by 2019. Tendering for the new trains is underway and Arriva says it says it expects to sign a contract by April.

The remainder of the existing DMU fleet will be refurbished and there will be free Wi-Fi on all trains by 2019.

Other improvements will include:

First Group says it will invest more than £500m over the duration of the new TransPennine franchise, with a new fleet of 44 200km/h five-car trains providing much-needed additional capacity on a network where most trains are currently formed of three or four coaches. By 2019 First says it will increase capacity between the largest cities in northern England and Scotland by 55% compared with the current franchise, with an 80% increase in peak capacity.

The new franchise runs from April 2016 to March 2023 with an option for a two year extension. First Group expects to provide the government £303m in real net present value premium payments over the seven-year duration of the core franchise deal. With a major increase in capacity planned, First forecasts revenues will rise "significantly" from £213m achieved in the 2014-15 financial year by the current operator, which is a joint venture between First (55%) and Keolis (45%).

Other highlights of the new franchise will include:

The DfT says it now expects electrification of the TransPennine route to be completed in 2022, enabling through electric operation between Manchester and Newcastle.

The two operators will also support the rollout of smartcard ticketing across Northern England, which will be backed by £150 million of government funding.

Both contracts will be signed after a 10-day appeal period.