BRITAIN’s Department for Transport (DfT) announced on September 29 that Arriva Cross Country has secured a three-year direct award contract to continue operating the Cross Country franchise from October 2016 until October 2019. 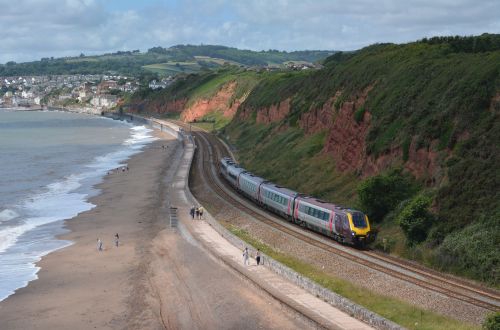 Cross Country covers 2398km of Britain’s network, stretching from Aberdeen to Penzance, Bournemouth to Manchester, and Stansted Airport to Cardiff. Arriva Cross Country, a subsidiary of German Rail (DB), will pay the government a premium of £163m to operate the franchise for the next three years.

A DfT spokesman told IRJ that a direct award was chosen for the contract on this occasion because “the market can only sustain a limited number of franchise competitions at one time.” Bidding is currently open on the South West and West Midlands franchises, with bidding on West Coast set to begin in November, and South Eastern, East Midlands, Wales and Borders and Great Western all due to start throughout 2017.

Beyond the current franchise, expressions of interest for a tender for a new long-term franchise, which will start in October 2019, will open in March 2018, with bidding starting in July that year. The contract will be awarded in June 2019.

The new deal includes a range of benefits for passengers, including:

• 39,000 more seats at peak times along the Edinburgh - Plymouth route via Leeds, Birmingham and Bristol by December 2017
• reduced journey times between Birmingham and Manchester, with a typical cut of nine minutes on weekdays and 12 minutes at weekends due to improvements to infrastructure on the route following work by infrastructure manager Network Rail
• £20m government investment in “more modern trains,” which equates to improving access to High-Speed Trains (HST) for people with reduced mobility and installing retention toilets
• £9m of this sum will be invested to provide free onboard passenger Wi-Fi services by April 2018, which will use 4G for faster download speeds
• extra services calling at Morpeth
• a 24-hour-a-day, seven-day-per-week customer service centre and a new mobile app to buy tickets and check live running times
• a 91% public performance measurement target whereby long-distance trains must arrive within 10 minutes of their stated arrival time, and a less than 3% cancellation or significant lateness measure where trains are operating over 30 minutes late
• waiving the £10 “change of travel” fee for advance tickets from January 2017, and
• £340,000 of annual funding for Community Rail Partnerships across the Cross Country network.

The DfT says Arriva Cross Country will now start work on a new timetable, with a view to introducing enhanced services in December 2017.

“Satisfaction is the theme for the range of investments that we will be making, with better faster journeys, more seats and free Wi-Fi,” says Mr Andy Cooper, Arriva Cross Country managing director. “We will also be looking to our customers for feedback on how we can deliver them great journeys, and a strong focus on engaging with the many communities and stakeholders our trains serve across the country.”

• The DfT has also announced that Metroline, which is owned by Singaporean transport operator ComfortDelGro, has secured a Pre-Qualification Questionnaire (PQQ) passport, enabling the company to express interest in franchise opportunities up to 2019.