ARRIVA has been selected by the municipal government of The Hague to operate a direct open-access service between the Dutch city and Brussels from December 2015. 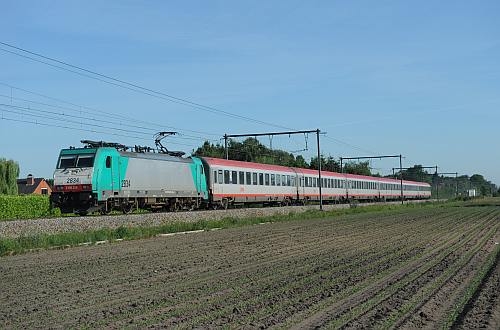 Mr Peter Smit, the city's transport councillor, announced the decision at a press conference on June 20, and the municipal government together with representatives of Brussels Airport and Arriva Netherlands have signed a letter of intent for the operation of the service.

The service will operate hourly between The Hague Central and Brussels South, calling at Rotterdam Central, Dordrecht, Roosendaal, Antwerp Central, Mechelen, Brussels Airport, Brussels North, and Brussels South. Fares will be roughly equivalent to those charged on the former Amsterdam – Brussels 'Benelux' service operated by Netherlands Railways (NS) and Belgian National Railways (SNCB), which was withdrawn with the introduction of the short-lived Fyra high-speed service in December 2012.

The Hague Train Holding has submitted applications for train paths to Dutch infrastructure manager Prorail and its Belgian counterpart Infrabel on behalf of Arriva. A fleet of eight six-car Stadler Flirt 3 emus will be ordered to operate the service.