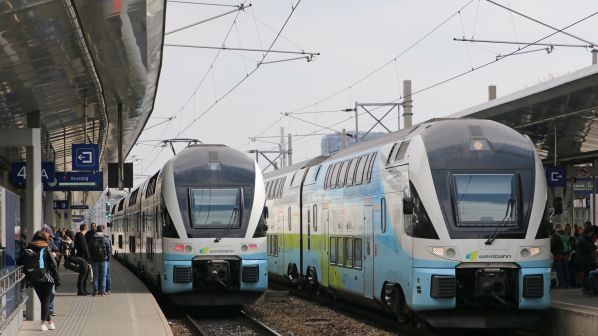 The measure is based on the EU regulation approved last month, which allows reductions or even lifting of track access charges and reservation fees until December 31 2020 and potentially beyond.

The Austrian government agreed to a temporary public service obligation (PSO) contract for ÖBB and Westbahn on April 20 to maintain operation of hourly Vienna - Salzburg services during the height of the pandemic. This was the first time that both operators were treated equally by the government, with each operator offering an alternate two-hourly service.

The original three-month agreement was extended to October 7, and the government has reportedly since paid around €50m to support the continuation of these services.

ÖBB restored its pre-pandemic timetable between Vienna and Salzburg on October 8 and is again offering two services per hour. The operator is reporting loadings of 60-70% of previous levels on its long-distance trains. A mutual ticket acceptance agreement between ÖBB and Westbahn has also come to an end.

Westbahn says it is currently in discussion with the Austrian Ministry of Climate Protection over securing support for its continued operation.

However, a Westbahn spokesperson confirmed to IRJ that while the announcement of waiving track access charges is welcome, this is not enough to allow the operator to offer a commercially viable service. They confirmed that reports in the Austrian media of the company potentially cutting 100 members of staff, a third of its workforce, are correct.

Westbahn’s loadings fell by 85-90% when the coronavirus pandemic hit in March and April when it was operating 17 Vienna - Salzburg and 18 Salzburg - Vienna trains on weekdays. It is now providing an hourly service with an extra train in the morning peak, offering 13 trains between Vienna and Salzburg Monday - Friday and a 14th train between Vienna and Linz, which returns in the morning. It operates 11 trains in each direction on the route on Saturdays and Sundays.