Train services on Britain’s West Coast Main Line have been severely curtailed due to a shortage of drivers. 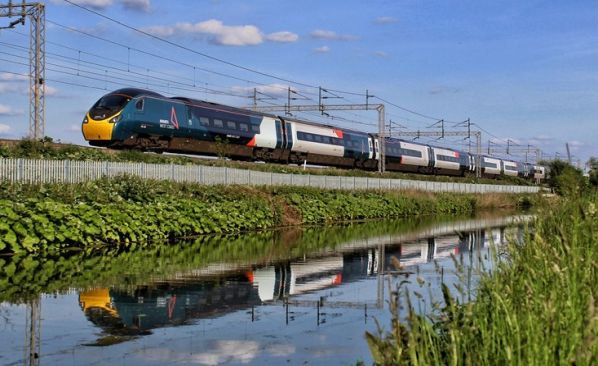 BRITAIN’s Department for Transport (DfT) has renewed for a short period Avanti West Coast’s Emergency Recovery Measures Agreement (ERMA), which was put in place by the DfT in September 2020 and was due to expire on October 16. Avanti’s ERMA will now run until April 1 2023 under broadly the same terms and conditions.

The DfT says that Avanti recruited nearly 100 additional drivers between April and December which has enabled it to start adding more services, with extra trains on the London - Manchester and London - Birmingham routes at peak times.

The DfT has agreed a service improvement plan with Avanti comprising:

“Services on Avanti have been unacceptable and while the company has taken positive steps to get more trains moving, it must do more to deliver certainty of service to its passengers,” says Ms Anne-Marie Trevelyan, Britain’s secretary of state for transport. “We have agreed a six-month extension to Avanti to assess whether it is capable of running this crucial route to a standard passengers deserve and expect.”

The government says it will then consider Avanti’s performance while finalising a National Rail Contract that will have a renewed focus on resilience of train services and continuity for passengers.

The mayor of Greater Manchester, Mr Andy Burnham, has been a strong critic of Avanti’s poor performance, but says “putting Avanti West Coast on notice marks a significant shift in tone under the new secretary of state. At last, there is a clear recognition of the crisis engulfing the country’s most important railway line and the management failure that has led to that.

"However, the lack of an acceptable rescue plan from the company - and clear conditions from the government - means very few people in Greater Manchester will support this extension.

"The damage that Avanti’s failing service is inflicting on our economy, and the huge disruption to passengers, is completely unacceptable. The company has shown itself to be unable to stabilise their service and fix problems with ticketing and the onboard experience for passengers. The thought of another six months of what we’re currently experiencing is a huge concern.

“From here, Greater Manchester is calling for a new approach from the government. First, we want day-to-day monitoring and week-to-week public reporting on performance to be introduced. Second, we ask the government to set a review point in mid-December in consultation with mayors and leaders from London, the West Midlands, Greater Manchester, Liverpool, Glasgow and Edinburgh. If Avanti are still not delivering the full timetable and an acceptable service at that point, that will allow time for arrangements to be made for a new operator to be in place from April 2023.”