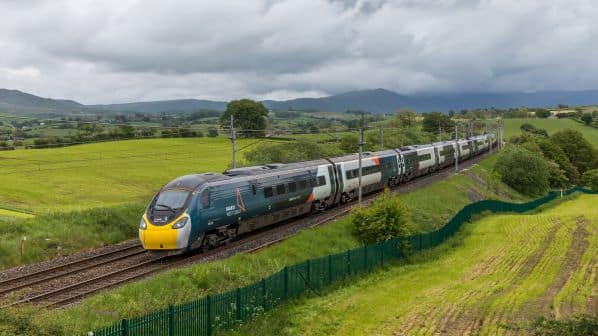 THE managing director of British inter-city operator Avanti West Coast, Mr Phil Whittingham, will step down from his current post with effect from September 15 in order to pursue “other executive leadership opportunities,” the company has announced.

For the immediate future, executive leadership support for the Avanti West Coast management team will be provided by Mr Steve Montgomery, managing director of the Rail division of FirstGroup which holds a 70% stake in Avanti West Coast. The remaining 30% is owned by Italian State Railways’ (FS) passenger operator Trenitalia.

Speaking to IRJ, a spokesman for Avanti West Coast said that the company was making no further comment on Whittingham’s departure.

IRJ understands that the head of human resources at Avanti West Coast has also left their post.

However, the changes come at a time when Avanti West Coast is facing mounting criticism from politicians at local and national level for reducing its flagship London - Manchester service from three trains an hour to only one last month. Indeed, Avanti West Coast has also reduced the frequency of its London - Birmingham, London - Chester and London - Edinburgh services, and has withdrawn trains from London to North Wales.

The reduced timetable has been introduced as Avanti West Coast finds itself in an industrial dispute over pay with Aslef, the trade union that represents train drivers.

The mayor of Greater Manchester, Mr Andy Burnham, met with Avanti West Coast and asked the company to produce a recovery plan, committing it to providing more trains between Manchester and London as quickly as possible and setting out the timescale for restoring the previous levels of service.

However, no such plan was forthcoming. “Every day that this continues is a day of damage to the Greater Manchester economy and it cannot be allowed to continue,” Burnham said.

Whittingham is reported to have described the industrial action as “unofficial,” a statement that was firmly denied by Aslef general secretary, Mr Mick Whelan.

“The truth is that the company does not employ enough drivers to deliver the services it has promised passengers it will run,” Whelan said. “In fact, the company itself has admitted that 400 trains a week are dependent on drivers working their rest days.”

Responding to the news of Whittingham’s departure, Whelan said: “The managing director of Avanti West Coast has gone because he lied about unofficial industrial action. We look forward to working with the new MD.”

“If the government had any interest in doing their job, they would finally stand up for passengers, claw back taxpayers’ money for services that haven’t run, strip the operator of the contract and put in place an urgent plan to restore the timetable,” she said.

“We know we’re not delivering the service our customers rightly expect and we apologise for the enormous frustration and inconvenience,” a spokesperson for Avanti West Coast says.

“Our customers and communities deserve a dependable train service, so we’re currently working hard to rebuild our timetable in a resilient and sustainable way.

“Resolving this situation requires a robust plan that will allow us to gradually increase services without being reliant on train crew overtime, which has fallen dramatically in recent weeks.”

The service is first class only, with a single journey in either direction between Manchester and London costing £75.