THE German state of Baden-Württemberg has identified 41 disused passenger lines that could be reopened as part of its efforts to improve access to public transport. 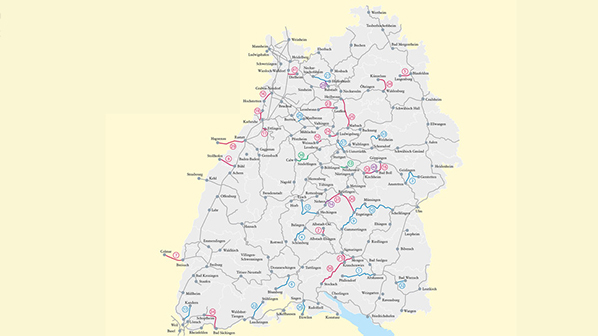 The success of the Radolfzell - Stockach and Böblingen - Dettenhausen lines, which reopened in 1996, and the Tübingen - Herrenberg Line, which reopened in 1999, have shown that some routes are more viable than previously thought, according to the state’s transport minister Mr Winfried Hermann.

“Many of the routes that were closed between 1960 and 1990 still have a high passenger potential today,” Hermann says. “We want to realise that where reactivation is still possible.”

A total of 75 routes were proposed, with a feasibility study launched in 2018 narrowing the figure to 41. An analysis of potential ridership and the required investment on the lines is underway, with a decision on the final 15 routes expected by the end of 2020.

While the municipalities would finance construction and operation, the state would promote investments such as the extension of the lines or possible electrification via the Federal Government’s Stage Municipal Finance Act (LGFVG). Funding for student transport is also available.

As a special incentive, the state has also offered to finance the operation of the first 100km of reactivated lines.