The passenger station is the largest in Southeast Asia. 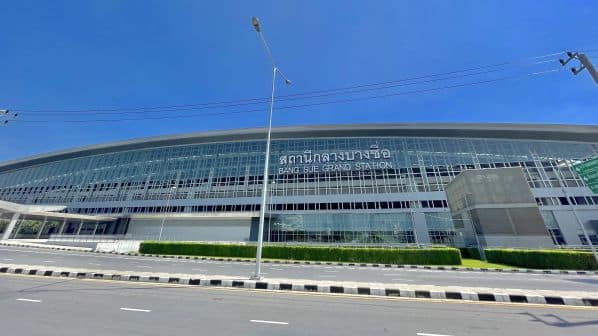 The Baht 15bn ($US 457m) station, also known as Krung Thep Aphiwat Central Terminal, has 26 platforms, including some that are 600m-long, and offers 274,192m2 of usable floor space. The station is built on 372ha of SRT-owned land and has maintenance depots for both diesel and electric trains.

State Railway of Thailand (SRT) had planned to operate 66 of its long-distance trains from Bangkok from Bang Sue but the plan was delayed due to the Covid-19 pandemic. 52 of the 66 routes have now reopened and began departing from Bang Sue Grand Station on January 20: 14 to the north, 20 to the south, and 18 to the northeast. SRT’s eastbound long-distance trains will continue to use Hua Lamphong station.

The station officially opened on August 2 2021, when it began serving the two branches of the Bangkok Red Line. It also serves the circular Blue Line. The project was undertaken by Sino-Thai Engineering Construction.

As well as eastbound long-distance trains, SRT is continuing to offer 62 urban, regional and tourism services from Hua Lamphong station.