The plan will look at improving services to surrounding towns and cities. 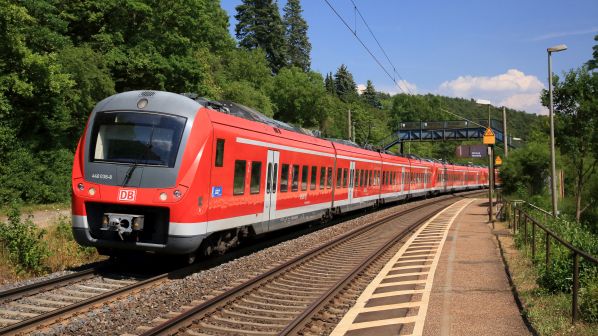 BAVARIAN Railway Company (BEG) has announced it will commission a feasibility study into a regional S-Bahn network centred on Würzburg.

The proposed Regio S-Bahn Mainfranken network would increase the frequency of regional services on the lines from Würzburg towards Lauda, Ansbach, Nuremberg, Bamberg, Schlüchtern and Frankfurt-am-Main, as well as on some branch lines. Some routes could also be reopened as part of the project, provided they meet Bavaria’s criteria for reactivation.

BEG says it plans to launch a tender for the study in the first half of 2022 and preliminary findings are expected by the end of the year. When complete, the study will be used as a basis for the development of timetable concepts.

The focus of the study will be on the development of regional services beyond December 2027, when the current Main-Spessart-Express and Mainfrankenbahn regional contracts expire.

Both the Würzburg - Gemünden and Würzburg - Nuremberg lines carry significant freight volumes as well as passenger traffic and these routes are officially classified as congested. Plans for additional infrastructure to increase capacity on these lines are still at an early stage and are unlikely to be fully realised before the 2040s. However, BEG says it wants to take all possible opportunities to improve regional services in the meantime, and improved connections with buses and other transport modes are considered to be a key component of the Regio S-Bahn concept.