BAVARIAN Railway Company (BEG) has agreed to fund the procurement of trains to operate on the 14.6km Gunzenhausen - Wassertrüdingen line in Germany, an extension of the current DMU-operated Pleinfeld - Gunzenhausen service, for 12 years from 2024. 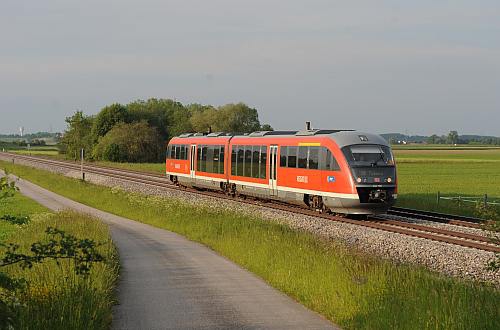 The new trains will operate 180,000 train-km annually and BEG says the purpose of the announcement six years before the line reopens is to provide infrastructure manager Bavarian Rail with sufficient time to undertake infrastructure upgrades and to offer financial reassurance that the line will be used for 12 years once upgraded.

Separately, Bavarian Rail has sought a similar 15-year deal for the Dombühl -Dinkelsbühl/Wilburgstetten line which BEG also intends to re-open although no contractual agreement has yet been reached. Bavarian Rail has previously said it hoped to lease this line to a private rail infrastructure manager which could finance the upgrades required for regular passenger services. However, this plan has yet to materialise.