AUSTRIAN Federal Railways (ÖBB) and German Railways (DB) presented their respective overnight train concepts for Germany on October 7, which will come into effect at the timetable change on December 11. 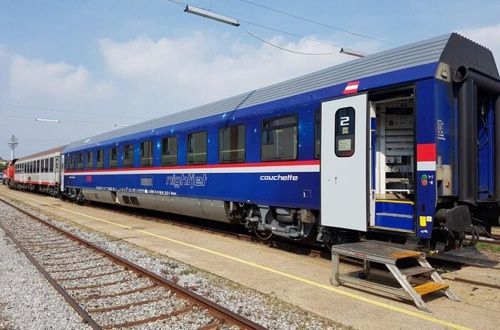 DB announced in December 2015 that it would withdraw its all of its overnight services comprising couchette and sleeper cars, together with its car-carrying overnight trains, citing losses of €31m on a turnover of €90m. ÖBB subsequently announced that it would take over several of these routes, and DB says it will now offer support to ÖBB in Germany by introducing three major overnight connections using conventional IC/ICE trains on the following routes:

“The night journey concepts of both companies secure a wide range of travel needs,” says Mr Berthold Huber, DB chairman of traffic and transportation. “With comfortable seating in our night-IC/ICE, but also with the classical sleeping and couchette cars of the ÖBB.”

ÖBB’s new Nightjet brand will offer six new connections in Germany from December 11, up from the three announced on September 23. In total, ÖBB will offer a total of 15 Nightjet services, eight of which will have car and motorcycle transport.

The new connections are:

ÖBB is investing €40m in 42 sleeping cars and 15 couchettes from DB to operate the new services and to upgrade its existing fleet. These new coaches will also replace ageing stock in its existing fleet to enhance service offerings on Vienna – Bregenz and Graz – Feldkirch – Zürich overnight trains.