AUSTRIAN Federal Railways (ÖBB) has announced its new brand for overnight services as well as further details of its plans for night trains, some of which will be taken over from German Rail (DB) in December 2016. 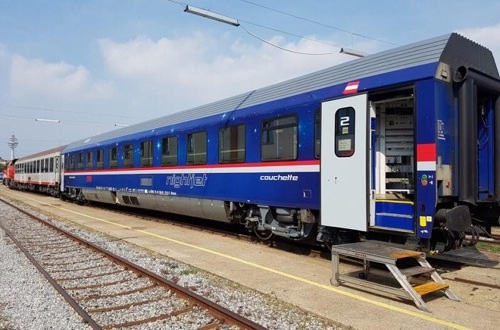 The EuroNight brand will disappear and to be replaced by “Nightjet” which follows on from ÖBB's Railjet and Cityjet brands.

A new livery has been unveiled, and coaches will carry a dark blue colour scheme with a red/white strip below the windows.

All of these have been ÖBB trains for many years. In addition the following new services from Germany will be introduced:

Bologna – Munich services will no longer be routed via the Brenner line and will instead be combined with the Rome – Vienna service via Tarvisio. For the time being ÖBB will use ex-DB coaches, some of which have already been noted with ÖBB TS maintenance inscriptions.