THE economy and infrastructure secretary of the Welsh government, Mr Ken Skates, has announced that four companies have been pre-qualified for the new Wales and Borders railway franchise which will start in October 2018. 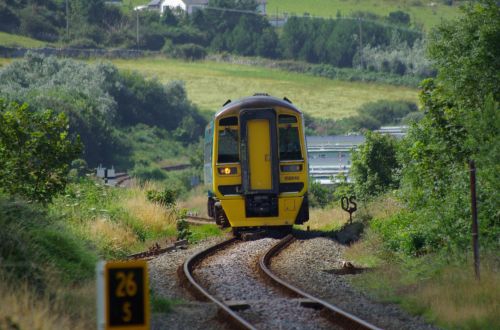 The companies are Abellio Rail Cymru, Arriva Rail Wales (the incumbent), KeolisAmey and MTR Corporation. Transport Wales, a not-for-profit company set up and owned by the Welsh government, will be responsible for assessing the bids. Transport Wales will hold public consultations early in 2017 and expects to award the contract by the end of the year.

“The new Wales and borders service from 2018 and the next phase of the Metro are part of an ambitious and creative not-for-profit model that we are building for Welsh rail,” Skates says. “Over the next 10 years I envisage significant strides in the delivery of our public transport network including the electrification of the Swansea, Valleys and North Wales lines, a South and North Wales Metro and widespread structural improvements that are already in the pipeline.

“For south Wales, where plans have developed as part of the city deal, we have secured an agreement and funding from the UK government to take forward the south Wales metro,” Skates told the Welsh assembly on July 12. “Working with the operator and development partner, we will award infrastructure delivery contracts for the south Wales metro in spring 2018.”