BOSNIA and Herzegovina Federal Railways (ŽFBiH) has announced it will reinstate passenger services between Sarajevo and Bihać on July 1 following the completion of a Marka 2.26m ($US 1.35m) project to renew overhead electrification equipment on the 47km Blatno - Bihać section of the Unska Line. 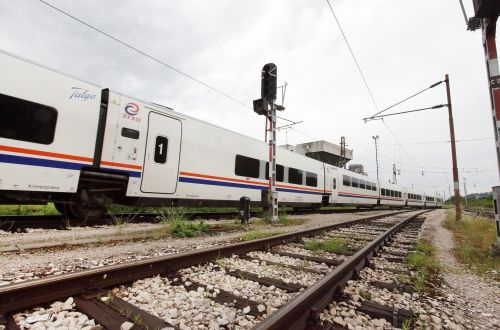 ŽFBiH plans to use its Talgo coaches on the route, with a return fare of Marka 62. As the train will operate overnight, sleeper compartments will be availble priced at Marka 40 for one person or Marka 60 for two people.

The reopening of the line to Bihać means ŽFBiH will have achieved its ambition of reconnecting all of the largest towns and cities in Bosnia and Herzegovina to the national passenger network for the first time in 27 years.

Before the civil war in the 1990s, more than a million passengers and four million tonnes of freight were transported each year on the Unska Line, which was the shortest route from the north to the south of Croatia, with a section through Bosnia and Herzegovina.

While passenger services are only now being restored, freight traffic resumed several years ago between Bosanski Novi, Bihać and Martin Brod.