GREATER on-rail competition between passenger operators could deliver lower fares, ridership growth, improved efficiency, and more effective use of capacity, according to a report published on March 8 by Britain's Competition and Markets Authority (CMA). 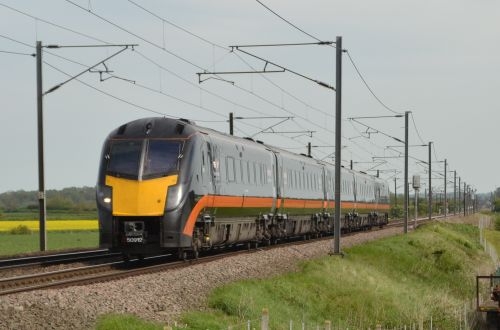 The CMA launched a review of competition in the rail market in January 2015 and published an interim report on the topic last July.

The report indicates that increasing the number of open-access services on key inter-city routes or splitting franchises offers the most immediate benefits from increased competition, but the CMA also suggests that a transition towards a system of multiple licensed operators replacing franchises could also be worth considering in the longer-term.

According to the report, the potential for on-rail competition is confined largely to the East Coast Main Line, which is already used by two open-access operators, the West Coast Main Line (where Alliance Rail Holdings is looking to launch open-access services) and the Great Western Main Line.

The CMA suggests that open-access operators would be able to make more of a contribution than at present in terms of track access charges and could also pay a public service obligation (PSO) levy to subsidise the operation of unprofitable but necessary services, such as those in rural areas. This might help to cover any decline in premium payments to the government as a consequence of increased competition.

The report notes that the first opportunity to introduce "significantly greater" on-rail competition is likely to come with the next Inter-City East Coast franchise, which is due to start in 2023, although it says there will be opportunities to expand provision for open-access in the subsequent West Coast franchise, which will be awarded in 2025, and the subsequent Great Western franchise in 2026. Capacity constraints are likely to limit the scope for expansion of open-access operations before 2023.

In the longer-term, a more competitive model could emerge with several open-access operators of similar size being licensed to operate all long-distance services on a given route, which would eliminate the need for a franchised operator. The report stresses that this is an ambitious proposal, which would require an overhaul of the current system.

"We've found that there is strong evidence, both here and abroad, of the benefits that the introduction of competition on mainline intercity routes can bring," says CMA chief executive Mr Alex Chisholm. "There are legitimate concerns about the impact that greater competition might have on the income received by government from franchise operators but so far that concern has been tackled in a way that hinders new entrants. We think a better way would be to have a level playing field – where competing operators are able to make more of a contribution to network costs and to funding unprofitable services. In return they would get more freedom to compete for business against the franchise operator."