THE Transport Committee of Britain’s House of Commons wants the Department for Transport to “get a grip” on monitoring and enforcing the troubled Thameslink, Southern and Great Northern (TSGN) franchise the performance of which is described as “woeful.” 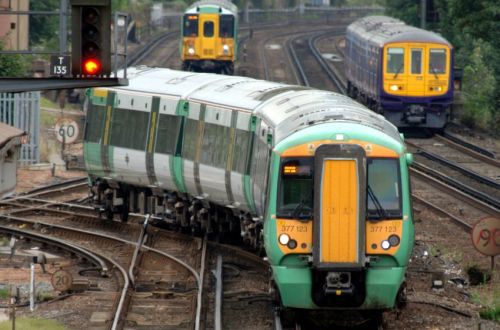 The committee says the level of service provided by the franchisee Govia Thameslink Railway (GTR), particularly on Southern services, has been woeful for more than a year. “The initial structuring of the franchise, inadequate planning, weaknesses in the franchise handover process, infrastructure and rolling stock failures, mismanagement, poor industrial relations and the current bitter and prolonged industrial dispute have all contributed to an unacceptable level of service for TSGN’s long-suffering passengers,” says the committee in its report entitled The future of rail: improving the rail passenger experience. The committee wants the DfT to urgently consider how to compensate passengers.

The committee says the DfT must be prepared to restructure or terminate the franchise should GTR be in default. “It is unacceptable that the process should be delayed by GTR’s tardiness in supplying the information necessary to support its force majeure claims,” the committee says. “There is no valid reason why the necessary assessments should not be made by early November 2016. It is simply not credible for the DfT to continue to claim that no other operator could do a better job; if it is the case, it is a consequence of the structuring of the franchise, for which the Department is ultimately accountable.”

GTR was awarded the seven-year franchise in 2014 as a management contract due to the huge project to reconstruct London Bridge station as part of the Thameslink programme. The TSGN franchise combined four separate operations into one creating Britain’s largest franchise covering services from Bedford, Peterborough Cambridge and King’s Lynn through London to Gatwick Airport, Brighton, Eastbourne and Portsmouth.

The DfT has since acknowledged that it was a mistake to create such a huge, diverse and highly complex franchise where a major infrastructure project was underway. The committee says the effects of the London Bridge project were “very substantially underestimated” and the “planning assumptions provided to the operator by DfT were wildly inaccurate, which raised serious questions about the department’s competence to run an effective franchising programme.”

When GTR took over the franchise it discovered there were too few staff to operate the level of service it had been contracted to provide. This has resulted in the cancellation of trains on entire routes for long periods. The government has allocated £20m and set up a team to try improve the quality of Southern services.

The dispute with the RMT union over the introduction of driver-only operation of Southern services started in April and resulted in a series of strikes by train operating staff, which are continuing with more strikes planned until December 8.

“GTR, the RMT and the government are each to some extent culpable in the current damaging industrial dispute,” says the committee. “The impact has been catastrophic for passengers.” The committee wants each party to consider compromises to bring the dispute to a rapid resolution.