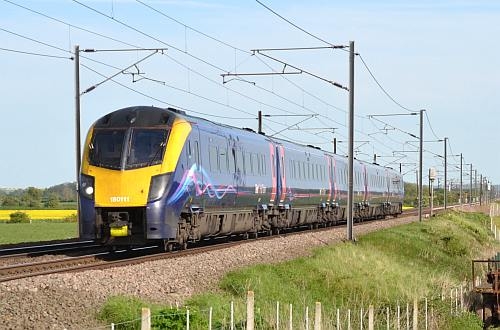 First Group, which already operates an open-access service from London King's Cross to Hull, will be allowed to introduce a new single-class off-peak service of five round trips a day between London and Edinburgh with intermediate stops at Stevenage, Newcastle, and Morpeth from 2021. The agreement will last for 10 years.

First says its average fares will be less than £25 while passengers will be provided with free Wi-Fi and catering in a fleet of five five-car trains which it will now start to procure.

VTEC's request for an additional hourly path on the ECML from May 2019 has been deferred until May 2021 because track upgrading projects will not be completed until then. This will allow VTEC to operate more services between London and Edinburgh and introduce a new two-hourly London - Middlesbrough service. VTEC will be allowed to operate addition services from London to Bradford, Lincoln and Harrogate from May 2019.

The ORR says it rejected the GNER Edinburgh application "because its costs are likely to exceed its benefits and the benefits are likely to be low relative to the alternative uses of capacity proposed." ORR said it believed the other services would lead to abstraction of traffic from VTEC and therefore rejected GNER's application.

Mr Ian Yeowart from Alliance Rail Holdings says that while he is disappointed that GNER's application has been turned down, he is pleased that ORR recognises the benefits that further competition will bring. "We will re-visit our applications and continue to develop new proposals," Yeowart says.