BRITISH train operator Northern has been forced to cut the number of trains it operates per day by 6% in an attempt to improve the reliability of its services. This means 165 services per day will be cancelled between June 4 and July 31. 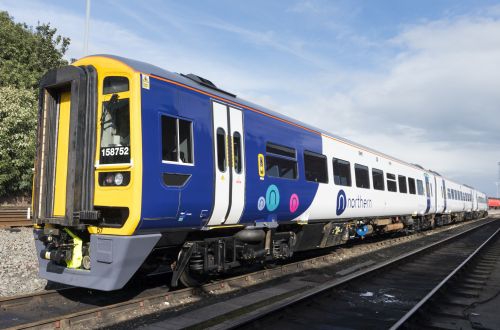 Northern is cutting its services by 6% temporarily to improve reliability.

The cuts to services will be concentrated in the Manchester area. The branch line serving Windermere in the popular Lake District National Park will be closed and replaced by a bus service. Services to Blackpool and Colne will be curtailed, along with services on the following routes: Preston - Ormskirk, Blackburn - Manchester - Southport, Manchester - Kirby, and Manchester - Stalybridge.

Northern’s services have been severely disrupted since the introduction of a new timetable on May 20. Last week 13 of Northern’s routes were suffering severe disruption to services.

“The new timetable was designed to provide extra services, making use of our growing train fleet and infrastructure upgrades including the Ordsall Chord, at Liverpool Lime St and between Manchester and Blackpool,” Northern says.

“However, the timetable had to be planned and delivered in four months compared with the normal 9-12 months. This was because in January 2018 it was announced that there would be a further delay in delivery of the electrification of the Manchester - Preston via Bolton line, bringing the delay to two years.”

Northern Rail says it had to rewrite its timetable and is training drivers to operate different trains on new routes. This has caused a temporary reduction in the number of drivers available to operate services resulting in what Northern describes as a “significant number of last minute cancellations.”

However, Northern says it has 1529 train drivers which is sufficient to run the full timetable in normal circumstances. “The interim timetable will enable us to accelerate the completion of this training,” Northern says.

“We have been experiencing some significant disruption to train services, especially around north Manchester, Bolton, Liverpool, Blackpool and up to the Lake District,” says Mr David Brown, Northern Rail’s managing director. “We are absolutely committed to resolving the service issues, and the interim plan will help ensure we start to get back on track and start to give customers more certainty around the services we operate.”

Another operator, Great Northern Thameslink Railway (GTR) has also suffered severe disruption to its service since the incorporation of services from Peterborough, Cambridge, Horsham, Orpington, East Grinstead and Rainham into the cross-London Thameslink network on May 20 and has also introduced a temporary timetable with fewer trains running.

“There is no doubt that the May timetable was finalised significantly later than normal for reasons that were both within and without our control,” Mr Mark Carne, Network Rail’s CEO, said on May 31. “The consequences of that have been particularly hard for both Northern and GTR to absorb. But we are all firmly focussed on fixing this issue as quickly as possible to give passengers the reliable service they need and deserve. At the moment, in some parts of the country, that simply isn’t happening and for that I’d like to wholeheartedly apologise.”

Britain’s secretary of state for transport, Mr Chris Grayling, shed more light what has gone wrong in a statement to parliament on June 4: “On Northern, early analysis shows that the key issue was that Network Rail did not deliver infrastructure upgrades in time - in particular the Bolton electrification scheme - with damaging consequences. This forced plans to be changed at a very late stage - requiring a complete overhaul of logistics and crew planning.

“The early analysis also shows that on GTR’s Thameslink and Great Northern routes, the industry timetable developed by Network Rail was very late to be finalised. This meant that train operators didn’t have enough time to plan crew schedules or complete crew training, affecting a whole range of other complex issues that impact the service of what is an already congested service.

“But it is also clear to me that both Northern and GTR were not sufficiently prepared to manage a timetable change of this scale either. GTR did not have enough drivers with the route knowledge required to operate the new timetable. And neither Northern nor GTR had a clear fall-back plan.”