Serco’s proposals did not represent value for money, says government. 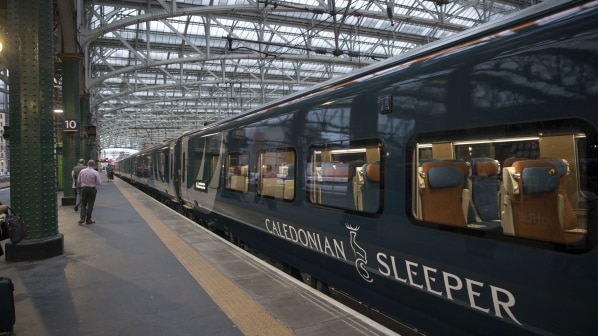 THE Scottish government has served notice on Serco that it will terminate its Caledonian Sleeper franchise to operate overnight services from London to Edinburgh, Glasgow and other destinations in Scotland on June 25 2023, earlier than expected.

Announcing the move in the Scottish parliament, transport minister, Ms Jenny Gilruth, said that a proposal from Serco to “rebase” the franchise agreement had been rejected on the grounds of “not representing value for money to the public.”

Serco signed the 15-year Caledonian Sleeper franchise in 2014, and since then has upgraded the service by introducing a new rolling stock fleet supplied by CAF at a cost of £150m, which entered service in April 2019.

The franchise contract includes a rebase clause, applying after the first seven years and enabling Serco to propose alternative financial arrangements for the remainder of the franchise.

“We note that the government’s decision not to accept our proposals has not been made due to any performance issues,” says Mr John Whitehurst, managing director of the transport business at Serco.

“From Serco’s point of view the service has been loss-making over the life of the contract and the proposals that we made to Transport Scotland were to put it on a more sustainable financial footing.”

“When Serco took over the Caledonian Sleeper service in April 2015, we inherited an unreliable and outdated fleet of carriages dating back to the 1970s,” Whitehurst says.

“We are extremely proud that under our leadership and management we have introduced new rolling stock and other significant innovations that have completely transformed the service.”

Serco will work with Transport Scotland on options for the future management of the Caledonian Sleeper service, but unless other arrangements can be agreed it will be handed back to the Scottish government.

According to Gilruth, work was underway to determine arrangements for the continued provision of Caledonian Sleeper services beyond June 25 2023.

Earlier this year the Scottish government took ScotRail back into public ownership, ending the franchise formerly held by Abellio and transferring operation to ScotRail Trains, which it owns, on April 1.