CZECH Railways (CD) and Slovakian Railways (ZSSK) have announced plans to shave almost an hour off the fastest journey times between the Czech capital and eastern Slovakia with the introduction of tilting trains on the Prague – Košice route. 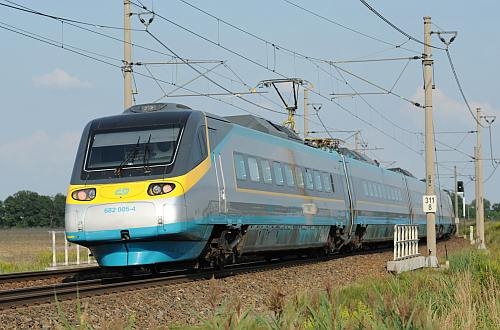 The services will be operated by CD's seven-car class 680 EMUs, with onboard services including a bistro and passenger Wi-Fi.

"We chose CD's Pendolino because we believe the quality and extent of its services will put us in a strong position at the start of direct competition with private operators in Slovakia," says ZSSK sales director Mr Jozef Schmidt. "We also believe it will encourage a large number of people who currently travel between Slovakia and the Czech Republic by bus and car to switch to the train."

This is not the first time the class 680s have operated into Slovakia. Between 2006 and 2009, and again in 2010-2011, they were operated jointly by CD and ZSSK on the SuperCity Slovenská Strela service between Prague and Bratislava. They were also used briefly on Prague – Ostrave – Žilina services.