Alternative power to be investigated as part of the new contract for Arriva’s Chiltern Railways subsidiary. 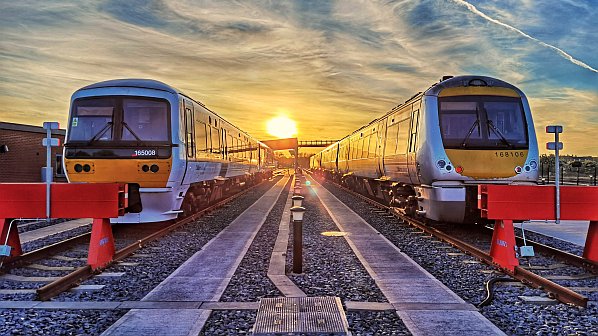 THE British Government has awarded Chiltern Railways, part of the Arriva Group, a six-year National Rail Contract to continue operating trains between London, the Chilterns and the West Midlands.

Under the new agreement, the Department for Transport (DfT) will take all the revenue and cost risk and pay the operator a fixed management fee to operate services. There are financial incentives related to performance. The new contract commences on December 31 and runs until the end of 2027.

The operator confirmed that the new contract will include the continuation and expansion of HybridFlex technology trials which convert existing DMUs to diesel-battery hybrid trains. Chiltern Railways is the only British main line passenger operator operating into London that does not use electric traction.

The contract also includes a commitment to work on a business case for converting all its diesel trains to hybrid technology. The operator’s fleet consists of 71 DMUs with an average age of 27.9 years, making the fleet the third oldest in Britain. There is no mention of a replacement fleet. Chiltern says new LED lighting and CCTV will be fitted to most of the fleet and there is a plan for a light refresh of train interiors.

According to figures released by DfT in late October, Chiltern Railways had received £170.6m in government support in 2020-21 and £43.8m in support for the first four periods of the 2021-22 financial year after the Government provided financial help for privately-owned operators from late-March 2020 following the outbreak of Covid-19.

The Chiltern Railways franchise was privatised in 1996 with the contract going to M40 Trains, a management-led buyout which had a 51% shareholding backed by John Laing and 3i. In a restructure in 1999 John Laing took an 84% shareholding.