CONSTRUCTION of the China - Laos railway officially got underway on January 1 following a ceremony held in the northern Lao city of Luang Prabang and attended by the prime minister of Laos, Mr Thongloun Sisoulith. 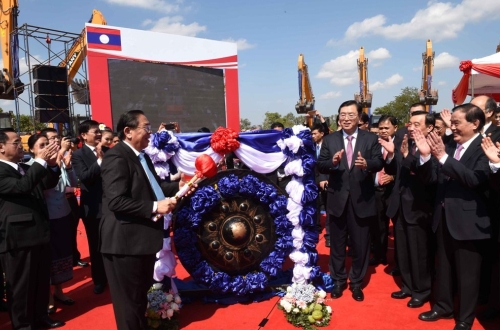 The 414km standard-gauge line runs south from the China-Laos border at Boten to Luang Prabang, Vang Vieng and the Laotian capital Vientiane, and aims to expand cooperation between Laos and China in economy, trade, investment and tourism.

Lao minister of public works and transport Mr Bouchanh Sinthavong says the development of the railway is of great significance in implementing the resolution of the 10th national Congress of the Lao People’s Revolutionary Party (LPRP) and in boosting Lao socio-economy.

“Once completed the railway will benefit Lao people of all ethnic groups, facilitate and reduce costs of transportation, stimulate the development of agricultural and industrial sectors, tourism, investment and trade, as well as generate income for Lao people and the country,” Sinthavong added.

It was announced in September that three sections of the line worth Yuan 8.1bn ($US 1.2bn) would be built by subsidiaries of China Railway Group (CRG).