BRITAIN’s Competition and Markets Authority (CMA) has warned that the decision to award the East Midlands franchise to Netherlands Railways (NS) subsidiary Abellio could result in higher fares on services in eastern England. 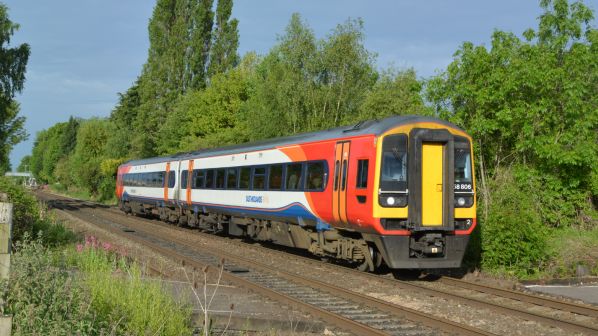 An investigation by the authority concluded that a monopoly could emerge on the Ely - Thetford - Norwich line. Stations on this route are served by the East Midlands franchise and Greater Anglia, which is already operated by Abellio.

The CMA says it is concerned that this could reduce competition as there are no other passenger operators on this line and argues passengers could be subject to higher fares in the future.

The authority says it has not identified any similar concerns on other routes in the East Midlands franchise area.

Under the merger control provisions of the Enterprise Act 2002 in conjunction with the Railways Act 1993, the CMA has a remit to investigate any risks to competition emerging from rail franchise awards.

Abellio East Midlands now has five working days to propose undertakings in lieu (UILs) setting out how it will resolve the concerns raised by the CMA. If the CMA is not satisfied by the UILs it will launch an in-depth investigation. The authority will announce by August 2 its preliminary decision on whether the UILs put forward by Abellio are sufficient to address its concerns. If the CMA accepts the UILs it will carry out a consultation on Abellio’s proposals.

Abellio is due to take over operation of the East Midlands franchise from Stagecoach on August 18.

The CMA says Abellio has offered to keep fares and advance ticket availability at current levels on the Ely - Norwich route.

In previous cases, such as the awarding of the Northern franchise to Arriva and the South Western franchise to FirstGroup and MTR, incoming operators have agreed to address CMA concerns by implementing price caps on affected lines.

The Department for Transport (DfT) signed the East Midlands franchise contract with Abellio in May. However, the decision remains the subject of legal challenges from both Stagecoach and Arriva.