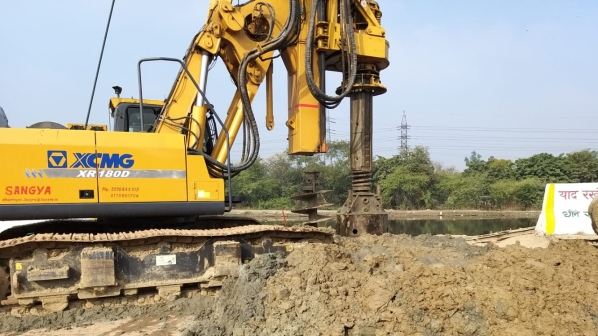 The milestone comes after NCRTC awarded a contract to construct a 5.6km underground section of the line from New Ashok Nagar to Sahibabad, to Shanghai Tunnel Engineering Company, China, on January 3. Five companies submitted bids for the contract.

“Now, all the civil work tenders of the 82km Delhi - Ghaziabad - Meerut corridor have been awarded and the construction is going on in full swing to commission the project in time,” an NCRTC spokesperson told Bloomberg Quint.

The RRTS corridor, which will run from Sarai Kale Khan in Delhi, to Modipuram, north of Meerut, will have 24 stations and two depots at Duhai and Modipuram. The line is expected to reduce the travel time between Delhi and Meerut to less than an hour.

The Delhi - Ghaziabad - Meerut RRTS is funded with a $US 1bn loan from the Asian Development Bank (ADB). Bombardier was awarded a contract by NCRTC in May 2020 to design, build and deliver 30 six-car regional commuter trains and 10 three-car intra-city trains and provide 15 years of maintenance for the corridor under RRTS Phase 1.