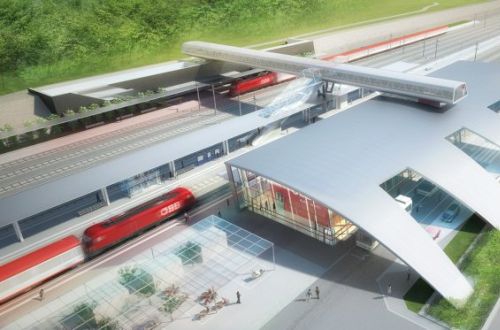 The new station will have eight tracks and will be served by inter-city trains once the Koralm railway is completed. In addition, regional train services from Wies-Eibiswald and Deutschlandsberg will also serve the station as there will be short connecting line to the existing Graz - Vienna-Eibiswald branch line which is operated by Graz-Köflacher Railway (GKB).

With improved connections between GKB and inter-city trains, the journey time from Deutschlandsberg to Graz will be cut from 40 to 25 minutes. Passengers will also benefit from a 400-space car park when the new station opens in 2022.