SPANISH operator Renfe and French National Railways (SNCF) will reintroduce cross-border services between France and Spain from July 1, as other European cross-border rail connections such as Austrian Federal Railways (ÖBB) NightJet overnight trains begin to return across the continent. 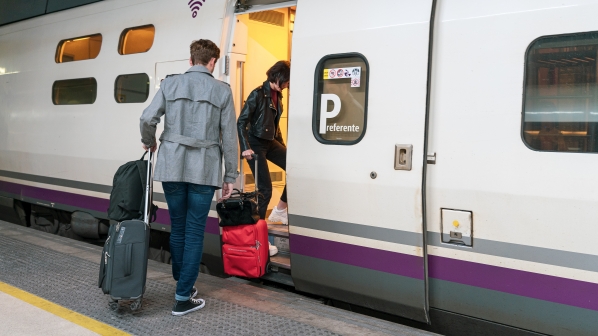 Both Renfe and SNCF have started the certification processes imposed in their respective countries, which involves protocols for cleaning and disinfecting trains. All passengers and staff are required to wear masks onboard, and restaurant services will not be available.

ÖBB will reintroduce its Nightjet services from June 26.

“Train travel is back in vogue - especially among the younger generation,” says ÖBB CEO Mr Andreas Matthä. “For this reason, we are particularly pleased that we will be on the road again with our Nightjet from June 26. It is an important step to regain international mobility and to enable people to travel in a climate-friendly way.”

ÖBB is also planning to introduce a number of other services, subject to conditions being met, including:

German Rail (DB) is continuing to slowly reintroduce cross border services together with its partner operators. “By the end of June we will resume international long-distance transport to all countries,” says DB Long-Distance transport manager, Mr Michael Peterson. “This is another step towards normality.”

Three pairs of Eurocity trains began operating from Munich via Jenbach to Innsbruck on June 15, with these extended to Italy on June 25. Four train pairs have operated on the Frankfurt - Cologne - Aachen - Liège - Brussels axis since June 1, with this expected to be gradually increased to the regular two-hour interval from June 27.

Following the restart of Tilo cross-border regional services between Switzerland and Italy in mid-June, international long-distance trains between the two countries will resume from June 29.

Five return Eurocity trains will run on the Gotthard axis from Zurich or Basel to Milan, corresponding to around 50% of the normal schedule. This is expected to be expanded in mid-August with the full timetable reintroduced from September 7, including the daily direct connection between Switzerland and Venice.

From June 29, four direct trains will run on the Simplon axis in both directions - two from Geneva via Lausanne and two from Basel via Bern to Milan.

Czech Railways (ČD) will begin to reintroduce its overnight services over the last weekend of June. The overnight train from Prague to Poprad, Košice and Humenné will resume from June 26, while the Prague - Linz - Innsbruck - Zurich service will depart on June 28.

ČD says it is in negotiations with its partner railways to reintroduce other services, but strict hygiene requirements mean they may not be operated over the summer.

Eurostar is continuing to operate a reduced timetable between London, Paris and Brussels, with this in place until at least July 4. No trains are currently operating to Amsterdam. The operator also says it will not operate direct London - Lyon - Avignon - Marseille trains this summer or in 2021.

Hungarian national operator MAV-Start will reintroduce a number of international services from July 1, after passenger numbers dropped by up to 90% during the pandemic, and will also increase the frequency of services to Austria and Germany.

MAV-Start continued to operate five train pairs to Vienna and Munich during the pandemic, with this now increasing to a two-hourly service. Budapest - Vienna services will also be reintroduced, with all Railjet Xpress services resuming from July 2.