TRAIN operating companies, infrastructure manager Network Rail (NR), and representatives from passenger groups and regional economies along Britain’s East Coast Main Line (ECML) have formed a Route Supervisory Group in an effort to better hold the industry to account and improve cooperation between the different bodies to drive improvements for passengers. 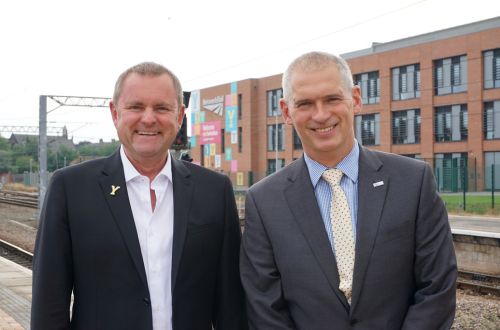 The group’s board, which will hold its first meeting in the next few days, will be formed of senior representatives from each organisation, and will be chaired by Sir Gary Verity, chief executive of Welcome to Yorkshire.

NR says the board will “bring track and train closer together allowing us to work as a whole industry to drive improvements.” Freight operators are not yet part of the group, but they have been invited, and NR says discussions are underway on how they might be represented.

“Britain’s railway is ever more important for economic growth so, working together, we are determined to deliver more for customers and communities across the country,” says Mr Rob McIntosh, managing director of NR’s London, North Eastern and East Midlands route. “The board will work together with one voice to best represent the customers the length of the ECML.”