CZECH minister of Transport Mr Dan Ťok confirmed on December 20 that the government will advance a project to convert the country’s existing 1796km 3kV dc electric network to 25kV ac in order to standardise Czech mainlines. 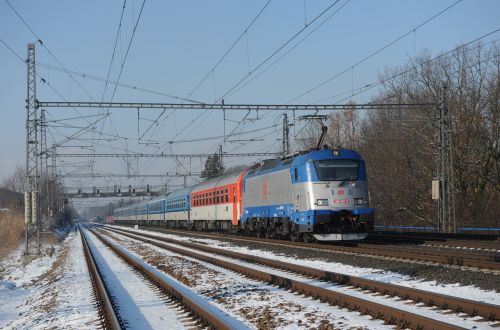 The programme will be executed between 2025 and 2040, but does not include the 24km 1.5kV dc single-track line between Tábor and Bechynĕ, and the 15kV ac 14km Retz - Šatov - Znojmo line to the Austrian border.

The decision was taken based on the findings of a feasibility study, and work will now take place at Czech infrastructure manager SŽDC to develop a plan for implementation. Financing for the project may come from EU Funds. However, most of the existing subsidies are in a programme set to terminate in 2021-2022. Some funding could come from the infrastructure maintenance budget for the rail infrastructure, and conversion could take place during large maintenance works.

With 1374km of the network equipped with 25kV ac electrification, much of the country’s rolling stock is already suitable for use on both systems, and it is likely that dated 3kV dc stock will be phased out. While compensation will be offered to the owners of rolling stock used for public service offerings which will require conversion, the terms of this arrangement has yet to be determined. Other operators are likely to be compensated by the Czech government, with permission to do so yet to be granted by the European Commission.

Converting the network to entirely 25kV ac will increase access to the Czech Republic from neighbouring countries, including Slovakia which is also undertaking a project to convert its network to 25kV ac.