THE Bavarian Railway Authority (BEG) has signed a direct award contract with DB Regio subsidiary Südostbayernbahn for the operation of regional services on the so-called Mühldorf Star network, which encompasses non-electrified lines in southeastern Bavaria from December 2015. 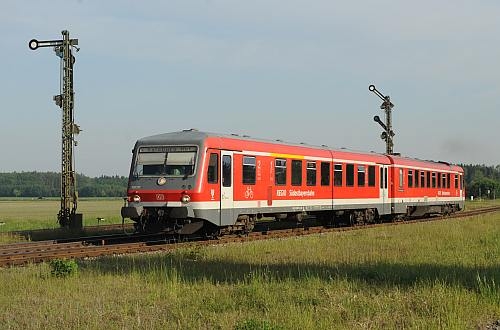 DB Regio has held the contract to operate the network since 2001 and the latest deal extends its tenure until 2024.

The contract covers the operation of the following routes:

Regular-interval hourly services will operate on most lines and a number of improvements are planned including additional late evening and weekend trains. Higher frequencies will be introduced on the Mühldorf – Rosenheim line following the completion of infrastructure upgrading on this route, and a new station is planned at Traunstein Klinikum.

Südostbayernbahn will continue to use the fleet of class 628 DMUs and class 218 diesel locomotives currently employed on these services, and it says rolling stock will be refreshed. The class 218s are being replaced on services to Munich by new Bombardier class 245 Traxx locomotives.