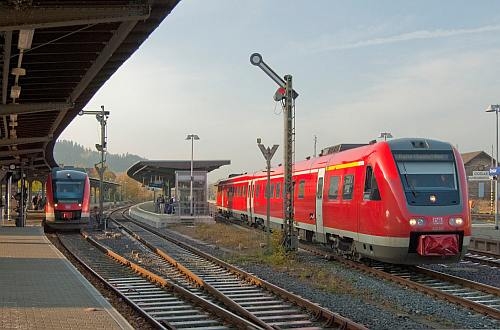 The fleet of Alstom class 648 DMUs used on these services will be refurbished by the end of 2015 with enhancements including LED lighting, power points, and new passenger information systems. Facilities for passengers with disabilities will also be improved.

DB says 70% of services will operate with a train manager on board.