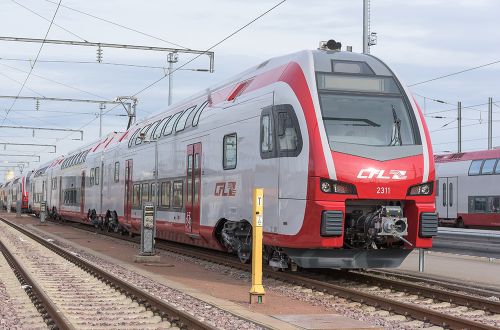 The introduction of the hourly RB83 service from Trier West to Luxembourg will almost double the number of trains linking the German city with the Grand Duchy, supplementing the existing service from Trier Main Station, and ensuring almost all stations between Ehrang and Wittlich have a direct hourly service to Luxembourg.
The contract with ZSPNV-Nord will cover the operation of around 470,000 train-km per year on the German section of the route.
Luxembourg Railways (CFL) will be responsible for the operation of the services in Luxembourg and will also provide double-deck Stadler Kiss EMUs, which have been procured in cooperation with ZSPNV-Nord.