OVEROPTIMISTIC revenue projections were to blame for the failure of Britain’s Intercity East Coast (ICEC) franchise, according to a report published on September 12 by the Transport Select Committee, which lays the blame for the default squarely with franchisees Stagecoach and Virgin and the Department for Transport (DfT). 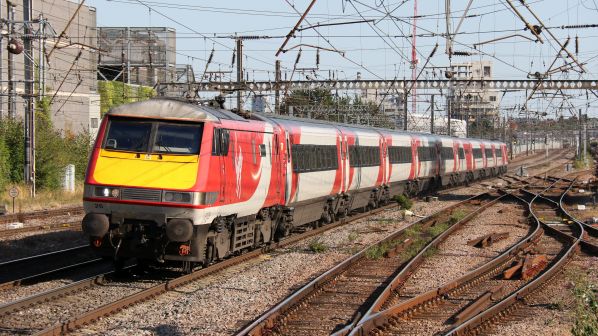 During its three-year existence, Virgin Trains East Coast (VTEC) was one of the highest-performing long-distance passenger franchises in terms of customer satisfaction and generated an operating profit of £260m in the year prior to its termination.

However, the operating surplus did not fully cover the premium obligations in VTEC’s contract with the DfT. VTEC had to forego the £165m parent company guarantee it committed to the DfT when the franchise was let. In January 2018 the franchise went into technical default when the funds available from the parent company to prop up the franchise finally ran out. The franchise was terminated in June 2018 and operations transferred to the so-called operator of last resort under the London and North Eastern Railway (LNER) brand.

The Transport Select Committee found that revenue fell short of expectations from the first day of the franchise and the passenger growth anticipated in the bid never materialised. The report states that Stagecoach and Virgin “built very little resilience into their bid” and their assessment of the financial risks in their bid was “wholly inadequate.” The committee therefore concludes that Stagecoach and Virgin must take prime responsibility for the failure of the franchise.

The DfT also comes under fire for its lacklustre management of the bid process. Unrealistic benchmarks in the Invitation to Tender and a lack of boundaries to ensure bidders made sustainable offers led to a culture of overbidding.

“The DfT’s financial stress testing of the bids was not robust enough,” the report states. “If the DfT had conducted appropriate due diligence and identified weaknesses in the assumptions underpinning the bid, it may not have been in this position today.”

The DfT is criticised for failing to find an early contractual solution to VTEC’s problems when the franchisee’s financial difficulties first became apparent. At the time the franchise was let, the DfT had a policy of not renegotiating contracts and the report notes that renegotiation might have set a precedent for other struggling franchises, which may not be in the best interests of the taxpayer or the franchise market.

With early termination of the contract, the exchequer will no longer receive all of the £2bn in premium payments anticipated over the remainder of the franchise term.

Network Rail not to blame

The committee concludes that none of the responsibility for the failure of the franchise can be attributed to infrastructure manager Network Rail (NR), which has completed all of the upgrades it had committed to delivering on the East Coast Main Line (ECML) when the franchise was let.

DfT and VTEC assumed further enhancements would take place beyond 2019, but there was no formal funding commitment to these at the time of contract award. These upgrades will now take place later than originally planned, and the report notes that this delay would have undermined revenue growth beyond 2019, but it did not directly contribute to the early termination of the franchise.

Secretary of state for transport Mr Chris Grayling also draws criticism in the report for failing to define a clear plan and timescales for the interim operating period between the default and the letting of a new commercial franchise. The report recommends that the secretary of state should set out how long he expects the operator of last resort to run the franchise, and how the DfT will manage operational and financial risk until the new franchise starts.

The DfT plans to launch the so-called East Coast Partnership (ECP) in 2020. This new operating model is intended to achieve closer integration between train operator and infrastructure manager, with management of the ECML and the ICEC franchise coming “under one roof.”

The report welcomes this move, but notes that the “mechanics and complexity of the current regulatory environment has meant that all previous attempts to establish deep alliances have not worked.” It warns that the operating model for ECP might not deliver the government’s anticipated improvements in performance and risks adding an extra layer of complexity to the running of the ECML.

With the government now openly proposing a franchising review next year, the report recommends that consideration must be given to the financial and regulatory framework required to support partnership working between infrastructure managers and train operators and expresses concern that if this is not done, “future operations on a major part of the UK’s network will be captive to a concept for which there is no plan or impact assessment.”