The new four-year contract will start with the timetable change at the end of 2023. 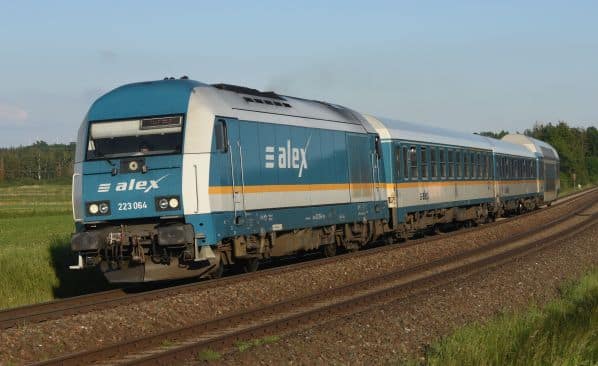 The contract is for Lot 2 of the tender for operation of the Eastern Bavaria regional network which covers Upper Palatine and part of Bavaria.

Die Länderbahn already operates these train services under the Alex brand. However, DB Regio has won the tender for Lot 1 which includes the Munich - Regenburg - Hof service.

At present, Alex operates the service from Munich to Schwandorf where it splits with one portion going to Prague and the other to Hof. From December 2023, the service will be split into two separate services: Munich - Hof, operated by DB Regio, and Munich - Prague, operated by Alex and Czech Railways (ČD). BEG hopes this arrangement will improve punctuality.

In 2027, BEG and the Czech Ministry of Transport will issue a joint tender for the Munich - Prague service by which time the line should have been electrified and the line speed increased to 160 or 200km/h on some sections. DB Network and Czech infrastructure manager SŽ have set up working groups to study the work needed to electrify and upgrade the line.