DUTCH secretary of state for infrastructure Mrs Wilma Mansveld signed 10-year concession agreements on December 15 with Netherlands Railways (NS) for the operation of the so-called core network and with ProRail for the management of the country's mainline rail infrastructure. 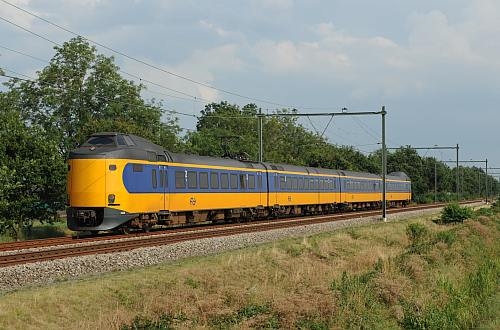 Both concessions were awarded without competitive tendering and cover the period 2015-2025.

In both agreements the government is seeking an improvement in performance, and there are more provisions for the Ministry of Infrastructure and parliament to intervene in the activities of NS and ProRail.

Both will be subject to penalties if they fail to meet specified performance criteria, but the concessions also include bonuses if targets are met or exceeded. The maximum penalty that can be imposed is €6.75m per year and €2.75m for ProRail and any income raised from fines must be reinvested in the network.

The concession awarded to NS merges the previous core network concession with the operation of high-speed services on HSL South, which NS failed to perform properly due to the withdrawal of the AnsaldoBreda V250 trains. With the integration of the two concessions, domestic inter-city services will operate on the high-speed line using conventional rolling stock.

As there have been numerous problems with the performance of NS in the recent past, such as the failure to specify toilets for the fleet of SLT regional trains, performance criteria are more stringent and the penalties are tougher than those imposed under the previous concession although NS can also earn bonuses. New performance criteria include better cooperation with other public transport operators, including buses and trams and investment in new rolling stock such as the recent order for CAF Civity trains and the planned order for Stadler Flirt EMUs. As part of the concession agreement NS will also fund the installation of at-seat power sockets in second-class areas on all of its trains by 2021.

The agreement with ProRail also includes some significant changes, not least the creation of a one-stop-shop for track capacity allocation for freight operators, which includes the transfer of responsibility for the Betuweroute dedicated freight line from Keyrail to ProRail on January 1.