PLANS to step up passenger train frequencies on the Dutch main line network to provide a turn-up-and-go service have been announced by Mr Pier Eringa, CEO of infrastructure manager Prorail. 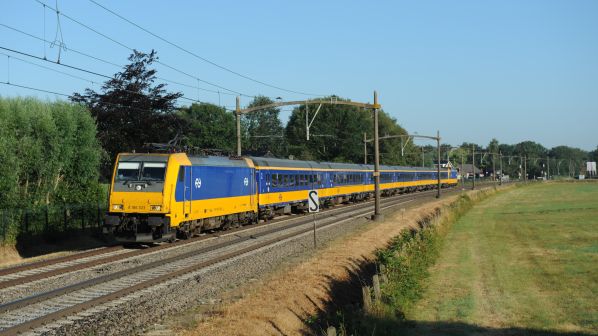 Working in cooperation with train operators and passenger lobby groups, Prorail has developed a plan to boost services which goes beyond the current PHS high-frequency operation programme, which has already partly been implemented.

Under the PHS programme, Netherlands Railways (NS) is introducing 10-minute interval fixed-pattern inter-city (IC) services on selected routes. However, under the latest proposals, IC services would run at 7.5 minute intervals or eight trains per hour per direction.

Eringa says that the adoption of smart solutions on the network will enable a further increase in frequency.

NS says it supports the plan but continues to call for investment in additional rail infrastructure.

The current model of main line passenger operation is based on two levels of service: IC and Sprinter (stopping) trains. A third category - ‘fast train’ - is envisaged to cover the gap between the two existing train classifications.

This three-train model is not new. In the 1990s NS developed a three-train service concept and many of the infrastructure investment projects implemented at this time were based on the supposed introduction of that model. However, NS ultimately abandoned the idea.