The contract has been extended to 4.56 million train-km annually. 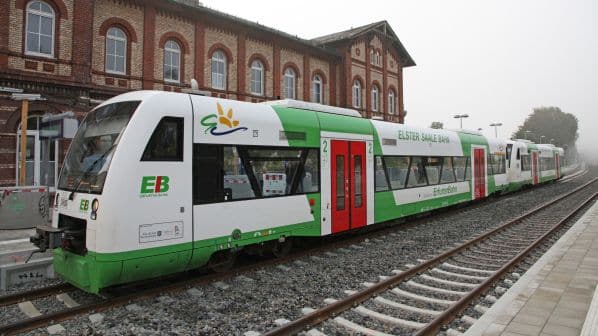 ERFURTER Bahn, which is owned by the City of Erfurt, has retained its largest passenger operating contract after winning a tender to operate diesel services in the central German state of Thuringia.

The new contract, which begins on December 15 2024 and runs until December 2036, has been increased in scope compared with  additional routes and now covers 4.56 million train-km a year, 3.15 million of which are in Thuringia.

Following electrification of the Weimar - Gera “mid-German connection,” which is scheduled for 2030, services on the route will be operated under a new contract with electric rolling stock which is due to be awarded by 2028. To rebalance the contracted mileage, the contract foresees Erfurter Bahn taking over two other diesel routes from 2028:

Services will be operated using the existing fleet of 43 Stadler Regioshuttle DMUs although the fleet will be expanded with six additional Alstom LINT41 class 648 two-car DMUs supplied via Alpha Trains. The train fleet will be modernised with automatic passenger counting systems, Wi-Fi and CCTV.