THE European Union is set to allocate €34m from its TEN-T funding programme to enhance railway traffic on the Brussels - Luxembourg - Strasbourg corridor, or TEN-T Priority Project 28, by eliminating bottlenecks in and around Brussels. 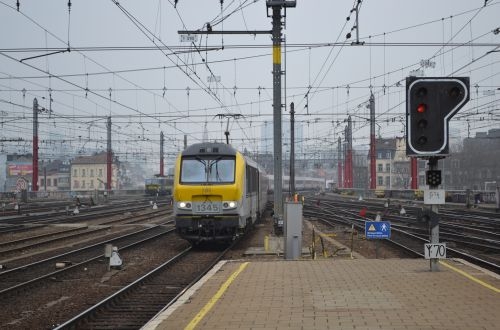 The funding will support work in the Brussels districts of Watermael, Schuman and Josaphat, including civil engineering works on the under-construction 1.25km Schuman - Josaphat tunnel, which is a key component of the Brussels RER project and in which track laying began on January 28. The funds will also support the addition of a link from the corridor to the new Brussels airport line to provide a direct link from the Brussels - Strasbourg corridor to the Paris - Brussels, Brussels - Cologne, and London - Amsterdam high-speed corridors.

The programme includes the installation of acoustic screens and anti-vibrations measures along the route, and will be monitored by the Innovation and Networks Executive Agency (INEA). Work is expected to be completed by December 2015.