The service was due to launch in the summer. 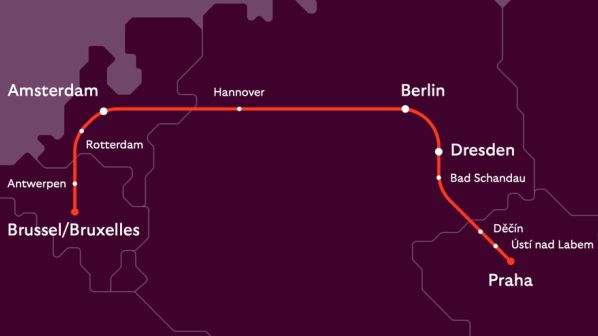 The service will operate from Brussels to Prague via Amsterdam and Berlin.

EUROPEAN Sleeper has announced it will be unable to launch its Brussels - Amsterdam - Berlin - Prague overnight services in summer 2022 as planned, with the operator also unable to provide an updated launch date.

The operator, which was formed by the merger of private start-ups Moonlight Express and European Sleeper in June 2021, confirmed its planned summer launch in December 2021, when it also announced its planned timetable for the services.

“Preparations are in full swing, but it appears it is not possible to start the new Brussels - Amsterdam - Berlin - Prague night train in the summer of 2022,” the operator announced in its newsletter. “To avoid disappointment, we are not giving a new start date for the time being. We are doing everything we can to start our night train as soon as possible.”

The operator also announced plans for further investment. A share sale released last year sold out within 15 minutes, allowing European Sleeper to prepare its first night train, which it says is “almost ready to run.” The company said it would release details of additional investment options in the coming weeks to raise funding to invest in its own rolling stock.

European Sleeper also unveiled a new brand and website in anticipation of the launch of the service, and announced it is preparing several other new night train routes, both for the short and the long term.

“We see many opportunities towards Southern Europe, but a train to Scandinavia sounds promising as well,” the operator says. “We cooperate with various partners in the rail sector to actually get the trains on track. Just as important are our good contacts in the travel industry, so that we know what is needed and secure attractive commercial collaborations.”