European Sleeper to launch Brussels – Berlin service on May 25

The new service will operate on three nights per week and serve Amsterdam. 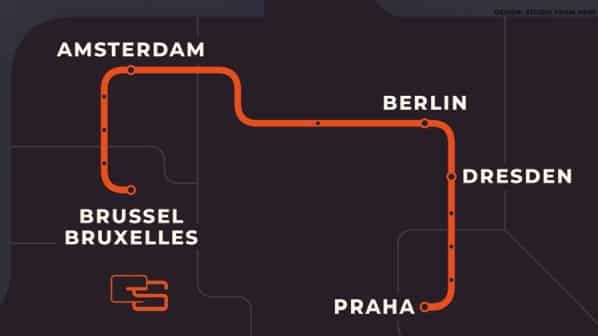 EUROPEAN Sleeper has announced that ticket sales will start on February 20 in preparation for the launch of its first overnight service from Brussels via Antwerp, Rotterdam, Amsterdam and Deventer to Berlin on May 25.

The Good Night Train will depart Brussels Midi at 19.22 and Amsterdam Centraal at 22.34 on Mondays, Wednesdays and Fridays, arriving at Berlin Main Station at 06.48 the following morning. The return service departs from Berlin at 22.56 on Sundays, Tuesdays and Thursdays, arriving in Amsterdam at 06.31 and Brussels at 09.27.

Three types of accommodation will be available:

Breakfast is included in the price of tickets. Bicycles and pets can be carried on the train.

European Sleeper plans to extend the service from Berlin to Dresden and Prague in December 2023 and hopes to increase the frequency to daily in 2024. Passengers will be able to connect with European Sleeper in Brussels by high-speed train from London or Paris.

European Sleeper initially raised €500,000 in seed capital In May 2021 by selling shares to more than 350 small investors from various countries in Europe and further afield. In 2022, the company become fully funded having raised €2m.

In the long term, the company would like to launch overnight services from Brussels and Amsterdam to Scandinavia and Barcelona.