FINLAND's Ministry of Transport and Communications announced on February 1 that planned cuts to public service obligation (PSO) train services, which were scheduled for next month, will be deferred until at least December because of government plans to liberalise the regional and commuter sectors. 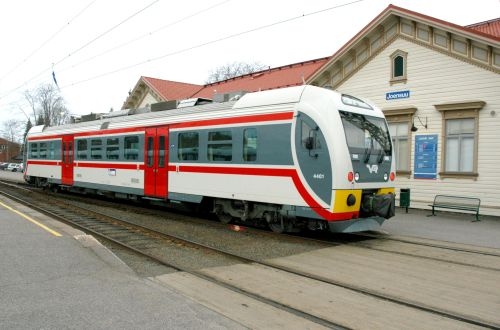 Last December the ministry signed a four-year PSO agreement with national train operator VR Group, which cut annual government support for these services to €27.5m, a €12.3m reduction compared with the previous contract.

VR Group subsequently announced that from March 27 it would close 28 lightly-used stations and withdraw all passenger services on several branch lines including Joensuu - Nurmes, Tampere - Keuruu, and Seinäjoki - Haapmäki - Jyväskylä. Some main line stopping trains and Helsinki Line Y suburban services were also due to be withdrawn.

However, the ministry and VR Group have now reached a temporary agreement for the continued operation of these services until at least December 10 to maintain current service levels until the market is liberalised, which is expected to attract new operators. The ministry expects to complete preparations for liberalisation in the spring and new entrants could begin running trains as early as next year.