BRITISH train and bus operator, First Group, has applied to the Office of Rail Regulation (ORR) to operate a new open-access service of five trains per day between London King's Cross and Edinburgh starting in 2018. 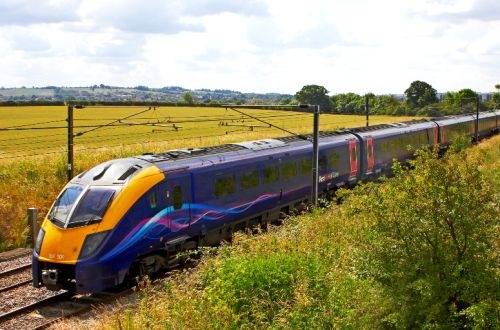 The trains will call at Stevenage, north of London, Newcastle and Morpeth with an end-to-end journey time of up to 4h 30min. New trains would be acquired to operate the service, with only one class of accommodation, which First says will be of high quality. There will also be onboard catering and Wi-Fi.

First says fares will be low to encourage people currently using low-cost airlines to travel between London, Newcastle and Edinburgh to switch to rail. This is also the rationale for stopping the trains at Stevenage, which is close to London's Luton and Stansted airports, and Morpeth which is near Newcastle airport. First says two-thirds of people currently travelling between London and Edinburgh fly.

First Group's Hull Trains was the first open-access operator on the East Coast Main Line (ECML) when it launched a Hull – London King's Cross service in 2000. The service currently carries more than 800,000 passengers a year.

Virgin Trains East Coast, which took over the Inter-City East Coast franchise on March 1, has pledged to step-up the frequency of London – Edinburgh services and cut the journey time by 13 minutes to 4h 8min in 2019 when its new fleet of Intercity Express Programme (IEP) trains has been delivered.

Alliance Rail Holdings, a subsidiary of Arriva which is owned by German Rail (DB), applied to ORR in February 2014 to introduce an hourly London King's Cross – Newcastle – Edinburgh service in December 2016 with a journey time of 3h 43min using a fleet of Pendolino trains.